We live in socially and politically turbulent times. In particular, women’s health seems to be an increasingly controversial topic all around the globe. In particular, laws regulating abortion seem to be under increasingly fraught debate. The abortion debate is not only surrounding the legality of abortion per se, but also the rules and regulations that health professionals must follow when administering the procedure. The pro-life side of the debate has been working on the basis of the idea that in order to decrease the number of abortions being performed it is not strictly necessary to change the law. Restricting access to abortion by imposing increasingly strict regulation on abortion clinics and on their funding, for instance, has proved very effective in several US states. For example, 97% of counties in Arkansas do not have an abortion clinic and 91% of women in Mississippi do not live in a county where an abortion clinic is available.

One of the most controversial measures being enforced in several states – presumably to reduce the number of abortions taking place – is the provision that physicians must inform their patients that abortion is linked to an increased risk of breast cancer. This article is going to focus on the available scientific evidence and on whether it supports this claim.

The consensus among the scientific community is that there is no significant link in between breast cancer and induced abortion. The World Health Organisation, the American Cancer Association agrees, as well as the Royal College of Obstetricians and Gynaecologists, the German Cancer Research Center, the Canadian Cancer Society, the National Cancer Institute and the American Congress of Obstetricians and Gynecologists. The reason why most scientists agree on the subject is that there has been a tremendous amount of work done on the subject. When reading around this subject, it is important to differentiate in between three different types of study: case-control studies, prospective cohort studies and meta-analyses.

One of the things that tends to confuse people who are first entering the debate is that not all studies are in complete agreement. It’s important to keep in mind that this is true for any scientific fact. Science aims to answer questions to which nobody knows the answer- often there will be scientists who are promoting different ideas and the debate will continue until a consensus is found (that is, until the vast majority of scientists agree). As we have seen, one of the reasons why some case-control studies disagree with the consensus is that they tend to overestimate the number of women with breast cancer who have had abortions. Moreover, pregnancy and breastfeeding have been shown to protect women from breast cancer – therefore avoiding or delaying pregnancy by voluntarily terminating it would stop these protective effects. In essence, by terminating a pregnancy women don’t benefit from its protective effect – which has nothing to do with the abortion per se but is a (very minor) consequence of controlling reproduction in general.

The Biology Of Cancer 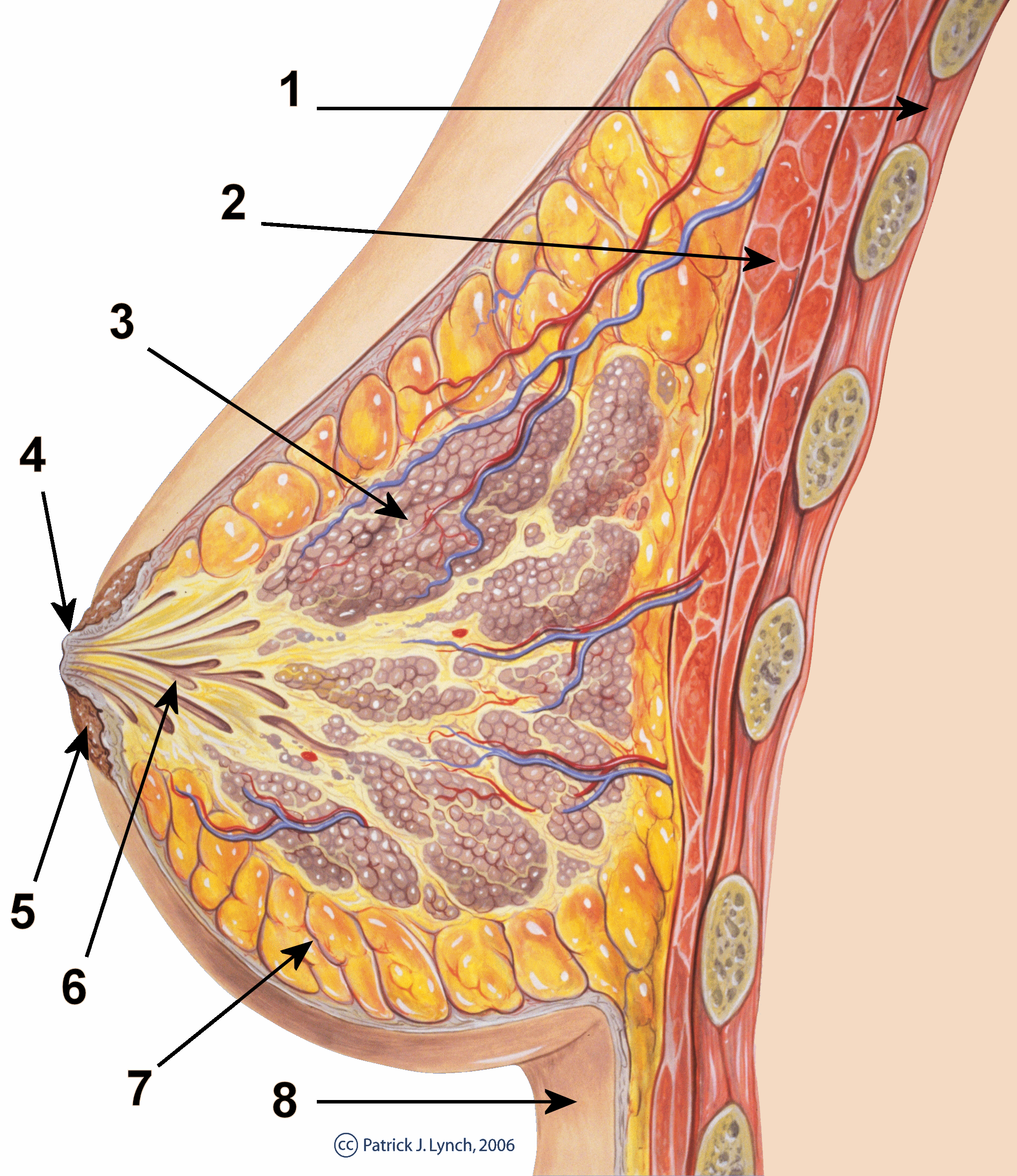 The theory that is usually presented alongside the idea that abortion is associated with breast cancer has to do with the development of breast tissue during pregnancy. Breast tissues is made up of structures known as lobules (marked with arrow number 3 on the diagram). There are 4 types of lobules: type 1 and type 2 are considered “immature” and look more like miniature tree branches. Type 3 and 4 are “mature” and look more like small clusters of grapes. “Mature” lobules are much more stable and much less likely to turn into tumors than “immature” lobules. Pregnancy leads to type 1 and 2 lobules to turn into type 3 and eventually into type 4 lobules, which is why pregnancy and breastfeeding protect women against breast cancer.

Early during pregnancy, the body produces high levels of he hormones estrogen and progesterone, which transform type 1 lobules into type 2 lobules. Later on in pregnancy the body produces the hormone hPL, which promotes the transition from immature to mature lobules. The idea behind the “abortion causes breast cancer” theory is that terminating pregnancy halts this process halfway through, leaving the breast with a higher-than-normal proportion of type 2 lobules and increasing the risk of breast cancer. However, there are 2 key flaws with this idea:

Abortion in general is a subject fraught with very emotional and passionate debate on both sides – and naturally everyone is entitled to their opinion. In fact, many strongly feel as though women should have a right to choose what happens to their bodies. On the other hand, anyone is entitled to disagree with the idea of terminating pregnancy. There are many religious, moral and ethical objections that can be valid reasons to take issue with the concept of abortion. However, a link to breast cancer is simply not one of them. The science is very clear – abortion does not cause breast cancer.